Music Friday: Tom Misch Wants to Stay ‘South of the River’ Where the ‘Loving Is Gold’

Welcome to Music Friday when we bring you groovy songs with jewelry, gemstones or precious metals in the title or lyrics. Today, 25-year-old Tom Misch and hundreds of his fans perform “South of the River,” his tribute to South London where the “loving is gold.” 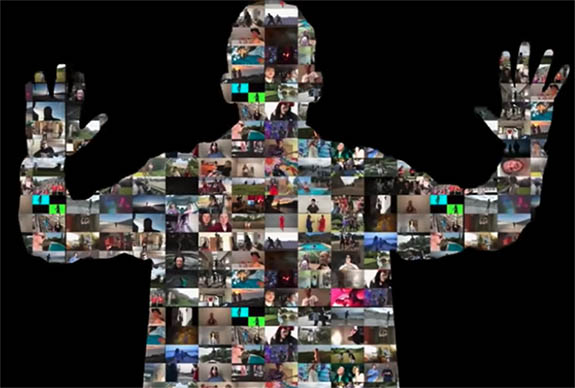 For those of you unfamiliar with the geography of London, the city is split horizontally by the Thames River. Historically, South London conjured images of heavy industry and hardscrabble existences, while North London carried an air of posh lifestyles and sophistication. Well, times have changed and South London has undergone a renaissance. It is now widely acknowledged as an artistic and cultural hub.

In his 2017 release, “South of the River,” Misch presents his case for why his part of London is the place to be.

He sings, “Watching the sunshine blaze the gray / I don’t know why you wouldn’t stay / You should come south of the river / Where the loving is gold.”

“South of the River” appeared as the third track of Misch’s debut studio album, Geography. The album charted in eight countries, including a #2 position on the US Billboard Top Jazz Albums chart and a #8 slot on the UK Albums chart. Interestingly, the young artist released the album through his own label, Beyond the Groove.

The official video is a compilation of clips contributed by Misch’s fanbase.

He told The FADER, “When it came to the video, I thought it would be cool to include my fans, so we asked everyone to send in their submissions of their own videos. Nothing too serious, just messing around, miming, dancing etc. I didn’t expect such a crazy response! It was a lot of fun piecing them all together, big up to everyone that submitted!”

Thomas Abraham Misch was born in London in 1995. He began learning to play the violin at age 4 and studied music technology at Langley Park School for Boys. In 2014, at the age of 21, he dropped out of a jazz guitar course at the Trinity Laban Conservatoire of Music and Dance to pursue his music career.

The video of Misch and his fans performing “South of the River” has been viewed on YouTube 1.1 million times. Both the video and the lyrics are below…

I want to stay south of the river
With the chains and the gold
We could be out here together
But, you have places to go

I want to stay South of the River…