Mission to Mars: Opal May Provide Evidence of Life on the Red Planet

On Thursday, the Perseverance rover completed its seven-month, 293 million-mile journey to Mars and landed safely in the Jezero crater, which contains fields of opaline silica, better known as opal. 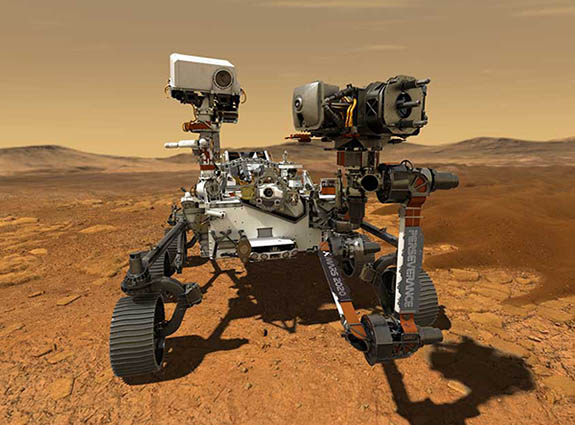 NASA scientists purposely targeted the Jezero crater because it was a rich source of a mineral that was likely to preserve microbial or plant material. During its two year mission, the six-wheeled, SUV-size vehicle with the most sophisticated robotic astrobiology lab ever launched will be collecting opal samples that may prove the existence of extraterrestrial life.

According to NASA, the now dry and dusty 28-mile-wide Jezero crater shows unmistakable signs of having been filled with water billions of years ago. Perseverance will begin its work near an ancient river delta that once flowed into the basin. Jezero means “lake” in many Slavic languages.

“In Jezero, we have one of the most beautifully preserved delta deposits on Mars in that crater,” Katie Stack Morgan, the deputy project scientist for the mission, told NPR.

Perseverance is a significantly upgraded version of its predecessor, Curiosity, which explored Mars in 2012. New instruments include a better drill to secure core samples, instruments to analyze Martian mineralogy, ground-penetrating radar, a weather station, high-res cameras and microphones that have captured the sounds from Mars for the first time. The first audio clips were beamed to the Earth on Saturday, February 20. 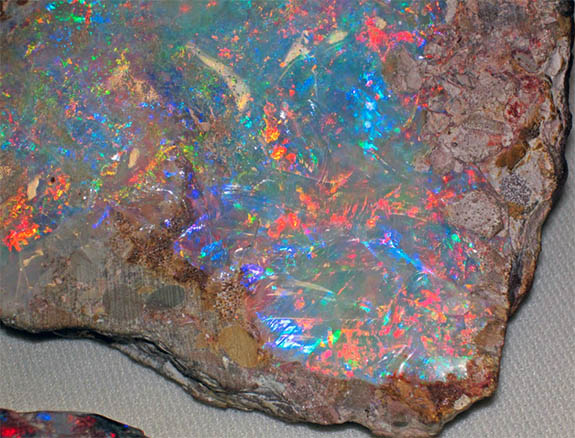 Here on Earth, fine opals are sourced mainly in Australia. Scientists believe that between 100 million and 97 million years ago, Australia’s vast inland sea, which was populated by marine dinosaurs, began retreating. As the sea regressed, a rare episode of acidic weather was taking place, exposing pyrite minerals and releasing sulphuric acid. As the surface of the basin dried further and cracked, silica-rich gel became trapped in the veins of the rock. Over time, the silica solidified to form opals.

In precious opal, the silica spheres are uniform in size and are stacked into an orderly arrangement, which gives the structure the ability to break visible white light into separate colors. An opal’s silica structure contains 3% to 20% water, according to the American Gem Society.