Queen Elizabeth II is rarely seen in public without her favorite three-strand pearl necklace — a gift from her beloved father, King George VI, who passed away in 1952. What most Royal Family followers don’t know is that the Queen actually owns three nearly identical pearl necklaces that she rotates freely. 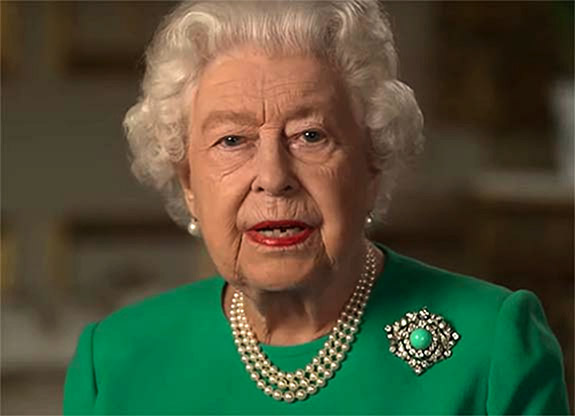 The future monarch was only 25 years old when she lost her beloved dad, and the pearl necklace that she received from him as a young girl remains a powerful reminder of the special bond they shared.

Elizabeth loved the three-strand pearl necklace so much that she had an identical one made. In 1953, a third three-stand pearl necklace joined her collection. It was a gift from Emir of Qatar and the only difference among the three was that this version sported a diamond clasp.

Her Royal Highness’s jewelry collection contains more than 300 items, including 98 brooches, 46 necklaces, 37 bracelets, 34 pairs of earrings, 15 rings, 14 watches and five pendants. But, in the end, the simple, deeply sentimental pearl necklace continues to be her go-to accessory.

For the past 68 years, Great Britain’s longest-reigning monarch has incorporated the three necklaces into her “official uniform.” Some Royal Family followers believe the Queen rotates the pearl necklaces so she won’t wear out the prized original.

Besides being a place to stash her mints, lipstick, small mirror, pen and reading glasses, the Launer handbag also serves as a way for the 94-year-old Queen to silently communicate with her staff.

According to published reports, if the Queen switches the purse from one hand to the other, it means that she is finished with the current conversation. If she places it on a table, the staff knows she needs to leave the venue within the next five minutes. If she places it on the ground, her handlers know she needs to be “rescued” from a social situation immediately.