A Maasai folktale imagines how tanzanite came to be. Once upon a time, the story goes, lightning struck the foothills of Mount Kilimanjaro, scorching the land, and in the aftermath, a spectacular blue crystal was left shimmering in the ashes. 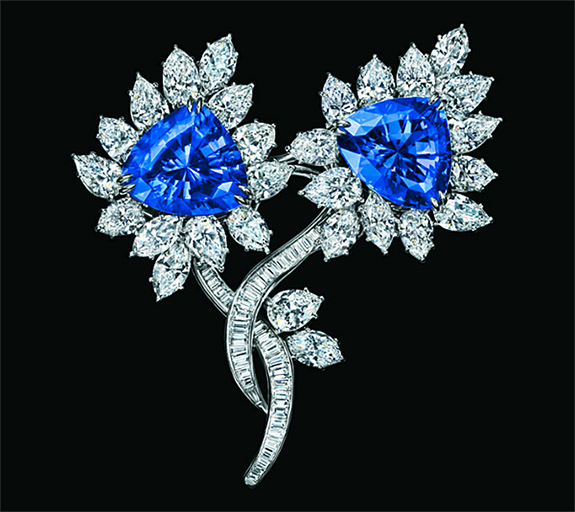 In 1967, a Maasai tribesman named Jumanne Ngoma is credited with discovering the shockingly beautiful bluish-violet gems that, at first glance, appeared to be sapphires. Gemologists would later confirm that Ngoma’s find was a totally unique variation of zoisite.

Samples of the mesmerizing mineral quickly caught the attention of Tiffany & Co., which launched a campaign to market the gems as “tanzanite” to honor its country of origin and the only place on earth where tanzanite can be found. (The name “blue zoisite” was panned by the Tiffany marketing team because it sounded too much like “blue suicide.”)

In 2002, tanzanite became one of the official birthstones for December, sharing that distinction with turquoise and zircon.

In 2017, tanzanite celebrated its 50th anniversary. Once a mineral oddity, tanzanite has evolved into one of the most desirable gemstone varieties — thanks to the efforts of Tiffany and the rest of the jewelry industry. Tiffany’s marketing clout helped earned tanzanite the noble title of “gem of the 20th century.”

Tanzanite is said to be 1,000 times more rare than diamonds due the fact that tanzanite is mined in only one location on earth. The area measures 2km wide by 4km long and the remaining lifespan of the mine is said to be fewer than 30 years.

Tanzanite’s color is an intoxicating mix of blue and purple, unlike any other gemstone. The mineral comes in a wide range of hues, from light blues or lilacs, to deep indigos and violets. The most valuable tanzanite gemstones display a deep sapphire blue color with highlights of intense violet. The Smithsonian’s website explains that tanzanite exhibits the optical phenomenon of pleochroism, appearing intense blue, violet or red, depending on the direction through which the crystal is viewed.

The “Petersen Tanzanite Brooch,” shown above, is part of the Smithsonian’s National Gem Collection in Washington, D.C. The piece was designed by Harry Winston in 1991 and donated to the museum by Donald E. and Jo A. Petersen in 2002. The triangular-cut matched tanzanites weigh approximately 30 carats and are adorned by 24 carats of marquise, pear and baguette-cut diamonds in a floral motif. The tanzanite “flowers” may be detached and worn as earrings.