A Swiss gem lab used radiocarbon age-dating to affirm the 16th century origins of a 30.24-carat natural saltwater pearl once owned by a Spanish princess. It was the first time such a procedure had been conducted on a natural pearl. 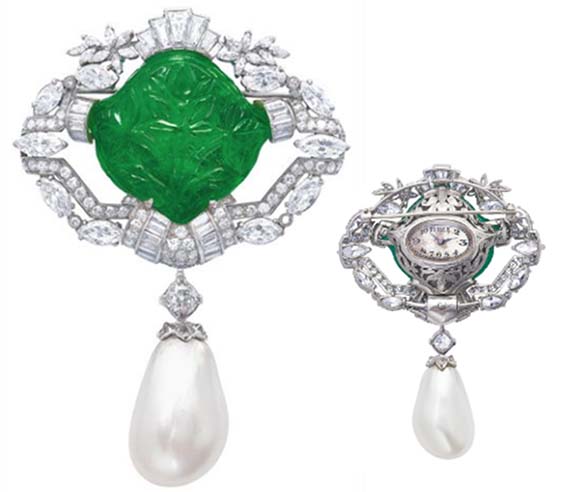 The Swiss Gemmological Institute (SSEF) used the cutting-edge science to date the historic “Ana Maria Pearl,” which was worn by Ana María de Sevilla y Villanueva, XIV Marquise of Camarasa (1828-1861). The natural pearl was presumed to have been discovered during the Spanish conquest of the Americas in the 16th century. The test confirmed that the historic formation age for the natural pearl was between the 16th and mid-17th century.

“The Ana Maria Pearl is a perfect example to show how scientific analyses can add supporting evidence to a documented historical provenance of a jewel,” SSEF director Michael Krzemnicki told townandcountrymag.com. “The SSEF offers radiocarbon age dating of pearls as a new service to our clients in collaboration with the Federal Institute of Technology. This method uses the slow decay of radiocarbon in biogenic materials (e.g. pearl) as a physical clock, by which its age can be calculated.” 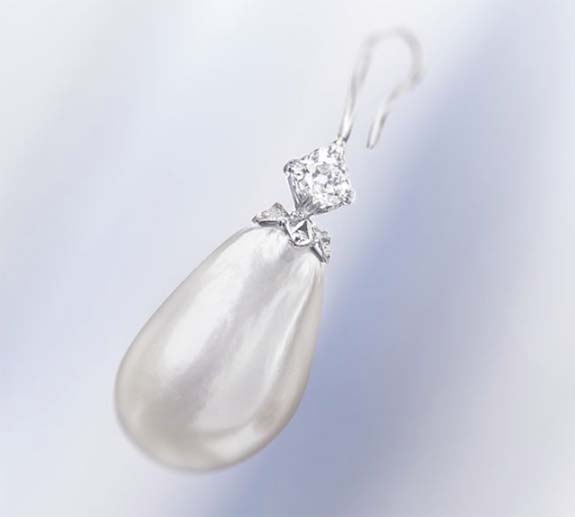 The carbon dating was conducted in the lead-up to the pearl’s appearance at a Christie’s auction in Geneva on May 15. Slightly baroque in shape, the Ana Maria Pearl is currently set as a detachable drop hanging from of an emerald brooch. The flip side of the carved brooch contains an “invisible” watch designed by Audemars Piguet in the 1960s.

Christie’s Geneva estimated that the Ana Maria Pearl would sell in the range of $800,000 to $1.2 million. On auction day, the highly touted Lot 264 didn’t find a buyer and was withdrawn.

Despite that disappointment, the Ana Maria has had an enormous impact on the verification process itself, Krzemnicki told townandcountrymag.com.

“This is especially true with natural pearls, where the origin is not clear to the naked eye, or behind the loop—or even under a microscope,” he said.