It took less than two years for the organizers of the 2020 Olympic Games in Tokyo to collect enough recycled precious metals to create 5,000 gold, silver and bronze Olympic and Paralympic medals. Among the 47,488 tons of donated material were five million cell phones. 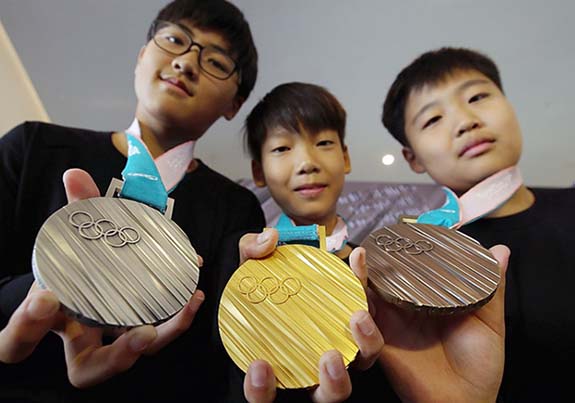 The average cell phone user may not realize it, but the internal components contain valuable precious metals. The U.S. Environmental Protection Agency estimated that one million recycled cell phones can generate 35,274 pounds of copper, 772 pounds of silver and 75 pounds of gold.

NTT DoCoMo, Japan’s leading mobile carrier, placed collection boxes in each of its 2,400 stores and the results were extraordinary.

Despite being a country with virtually no precious metal mining, Japan’s “urban mine” of discarded small consumer electronics is believed to contain the equivalent of 16% of the world’s gold reserves and 22% of the world’s silver reserves.

Japan’s Olympic organizing committee is the first to create medals from 100% recycled material. At the Rio Games in 2016, by contrast, 30% of the silver and bronze medals were derived from recycled metals.

But, the truth is that Olympic gold medals are made mostly of silver. They contain just 6 grams of pure gold and 580 grams of 99.9% silver. Yes, there was a time when Olympic gold medals were made of solid gold, but the last ones were awarded in Stockholm, Sweden, back in 1912.

Designs for the 2020 Olympic and Paralympic medals will be released later this summer.