Leaves from the majestic gum tree are helping miners pinpoint high-yield gold deposits in South Australia. Marmota Energy is singing the praises of its innovative biogeochemical tree sampling program that analyzes the leaves for trace amounts of pure gold and “pathfinder” elements. 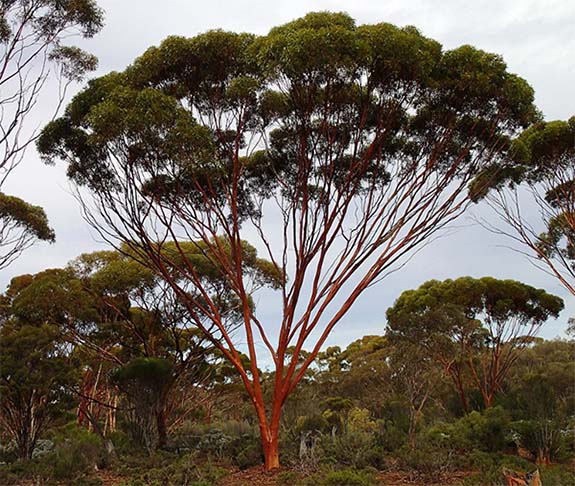 The miner explained that the roots of gum trees have the ability to draw up tiny gold particles from deep within the soil, with the gold eventually collecting in the leaves and branches. Finding precious metal in the leaves is a certain indicator of the presence of valuable gold deposits 100 feet or more below the surface.

“Marmota is very pleased to announce that assay results from the December biogeochemical sampling have identified multiple new gold drill targets based on gold [anomalies] in tree leaves,” the company reported.

Marmota also noted that other metallic elements, such as antimony and bismuth, are widely considered to be significant pathfinders for gold.

The company was able to pinpoint its new drilling sites after analyzing 329 leaf samples near its Aurora Tank gold mine site in Goshawk, South Australia.

The biogeochemical tree sampling program promises to make the mining process more environmentally friendly. Marmota can save time, money and resources because the company no longer has to blindly test drill for the precious metal over vast tracts of land.

This is not the first time miners have counted on vegetation to help identify valuable resources below the ground.

In 2015, we wrote about a Florida geologist who discovered an unusual palm-like plant that flourishes in diamond-rich soil.

More specifically, the stilted, thorny Pandanus candelabrum thrives in the potassium-, phosphorous-, and magnesium-rich soil that sits above kimberlite pipes — the volcanic superhighways that deliver precious diamonds from deep within the earth to the surface.

Most of the world’s commercial diamond production is derived from kimberlite pipes and the Pandanus candelabrum plant is the world’s only botanical indicator for kimberlite. Where you find this rare plant, you’re likely to find diamonds.

Science magazine previously reported that Lychnis alpina, a small pink-flowering plant in Scandinavia, and Haumaniastrum katangense, a white-flowered shrub in central Africa, are both associated with copper. And PBS.com noted that the presence of a certain type of grass native to California is a dependable sign of nickel and chromium in the soil.