NASA to Explore ‘Psyche 16,’ a Precious-Metal Asteroid Worth $10,000 Quadrillion

NASA is gearing up for a 2022 mission to “Psyche 16,” an asteroid containing enough precious metal to make everyone on Earth a billionaire. Located between the orbits of Mars and Jupiter, Psyche 16’s natural resources, which include gold, platinum, iron and nickel, are estimated to be worth $10,000 quadrillion. Written out, that number is $10,000 followed by 15 zeros. 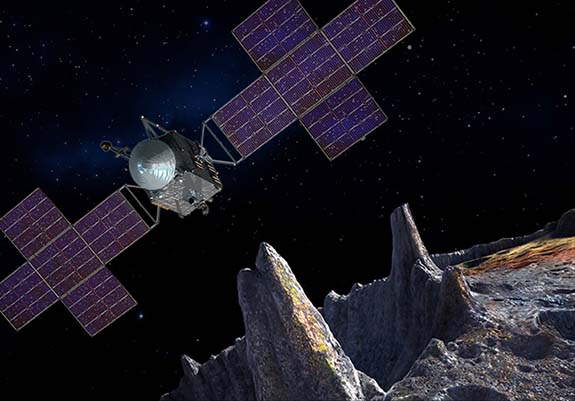 Before you start wondering what you might do with your billion-dollar bounty, consider the fact that NASA’s mission to Psyche 16 is strictly scientific. The space agency has no immediate plans to do any mining and the asteroid is way too large to tow back to Earth.

The traditional earth-bound mining community is wondering out loud what would happen to commodity prices if a huge influx of space gold and platinum suddenly hit the market?

It’s also hard to imagine how $10,000 quadrillion in new wealth would merge into a world economy that’s estimated to be worth a mere $75.5 trillion. 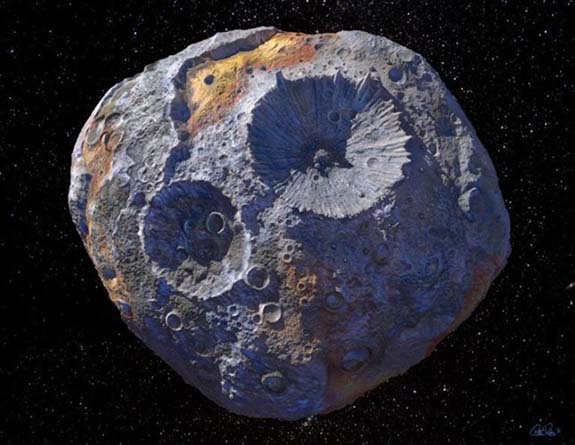 The space agency and its university partners are excited to explore Psyche 16 because it appears to be stripped to its core — a core made of solid metal. Scientists wonder whether Psyche could be the exposed core of an early planet, perhaps the size of Mars, that lost its rocky outer layers due to violent collisions that occurred while the solar system was forming.

Measuring about 140 miles (226 km) in diameter, Psyche 16 is named after the nymph Psyche, who, according to Roman mythology, married Cupid but was put to death by Venus. At Cupid’s request, Jupiter — the king of the Gods — made Psyche immortal. The unique metal asteroid was discovered in 1852 by Italian astronomer Annibale de Gasparis.

The space agency is set to launch the Psyche spacecraft in 2022 from Florida’s Kennedy Space Center. It will arrive at the asteroid in 2026.

While NASA is not looking to capitalize on the precious metal bounty that Psyche 16 could yield, two space mining companies — Deep Space Industries and Planetary Resources — are both looking at smaller, nearby asteroids that could be rich in precious metals.