Even though the calendar shows we’re just a week from the end of “engagement season” — the magical time of the year when nearly 40% of all marriage proposals take place — a pair of Top-10 pop-the-question days remains on the board. 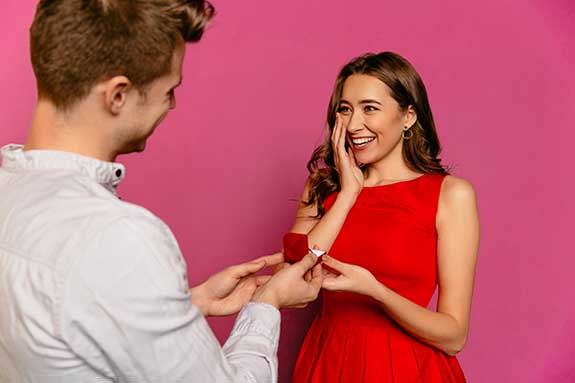 Believe it or not, the Saturday before Valentine’s Day is rated #10 on WeddingWire’s list of most popular days to pop the question. The editor’s at WeddingWire believe that a Saturday proposal may reflect the couple’s desire to celebrate their engagement over a weekend and not necessarily on Valentine’s Day, which often comes up during the week (February 14 is on a Thursday) and is certainly not a day when most people have off. Popping the question on the weekend prior to Valentine’s Day also preserves the element of surprise.

Rated #2 on WeddingWire’s list is none other than Valentine’s Day itself. Cupid’s special day is all about love and expressing to that special someone just how much you care. We reported yesterday that more than half of the U.S. population will be exchanging gifts on Valentine’s Day, with jewelry purchases expected to reach $3.9 billion, according to the National Retail Federation. A special subset of that number will reflect the purchases of millions of romantic suitors who are planning to propose with a diamond ring.