Suggestive of the sky at dusk, “Classic Blue” has been named Pantone’s 2020 Color of the Year. Consumers looking to match their jewelry wardrobes to Pantone’s calm, confident, enduring shade of blue will likely consider sapphire, blue topaz, lapis lazuli and kyanite. 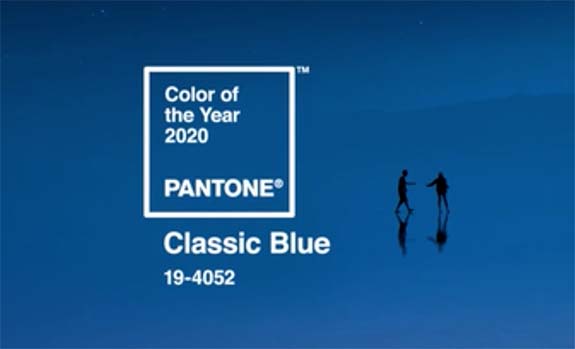 “We are living in a time that requires trust and faith,” said Leatrice Eiseman, executive director of The Pantone Color Institute. “It is a kind of constancy and confidence that is expressed by Pantone 19-4052 Classic Blue, a solid and dependable blue hue we can always rely on.”

Eiseman also described Classic Blue as “elegant in its simplicity.”

“Imbued with deep resonance,” she said, “Classic Blue provides an anchoring foundation. A boundless blue evocative of the vast and infinite sky, Classic Blue encourages us to look beyond the obvious to expanding our thinking, challenging us to think more deeply, increase our perspective and open the flow of communication.” 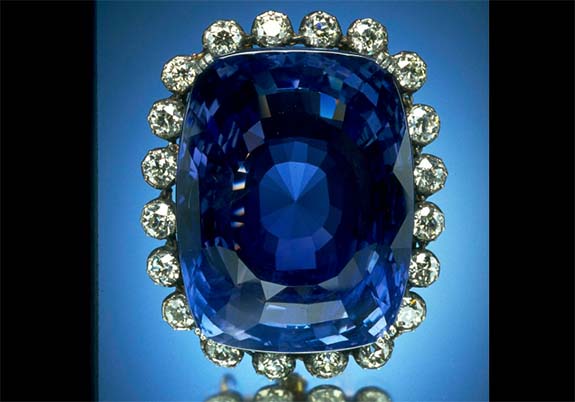 Fine Ceylon sapphires, such as the 423-carat “Logan Sapphire” seen here, reflect the characteristics of Pantone’s Color of the Year. A gift to the Smithsonian by Rebecca Pollard Guggenheim in December 1960, the gem remained in her possession until April 1971. By that time, her then-husband Col. M. Robert Guggenheim had passed away and she had married John A. Logan — hence the sapphire’s Logan name. The beautiful blue stone has the distinction of being the heaviest mounted gem in the National Gem Collection.

Each year since 2000, the color experts at Pantone have picked a color that reflects the current cultural climate. Typically, Pantone’s selection influences product development and purchasing decisions in multiple industries, including fashion, home furnishings and industrial design, as well as product packaging and graphic design.

This is the first time in the history of the Pantone Color of the Year that a saturated, pure blue color has been named. In 2000, Pantone picked a pale blue-purple Cerulean Blue, followed by a pale greenish-blue Aqua Sky in 2003 and a similarly pale bluish-green Blue Turquoise in 2005. A more greenish Turquoise was selected in 2010 and the pale purplish-blue Serenity shared the spotlight with Rose Quartz in 2016.

The process of choosing the Color of the Year takes about nine months, with Pantone’s trend watchers scanning the globe’s fashion runways, movie sets and high-profile events for “proof points” until one color emerges as the clear winner.

A year ago, Pantone’s Color of the Year was “Living Coral,” a color described by Eiseman as a sociable and spirited shade of pinkish-orange.

Here are the most recent Pantone Colors of the Year…