Utilizing an unmanned submersible vehicle at a depth of 600 meters, researchers at the Woods Hole Oceanographic Institution (WHOI) positively ID’d the San José — a 62-gun, three-masted Spanish galleon that has been called the “Holy Grail of Shipwrecks.” The ill-fated ship had been en route to Spain in 1708 laden with a cargo of emeralds, precious-metal coins and jewelry estimated to be worth $17 billion. 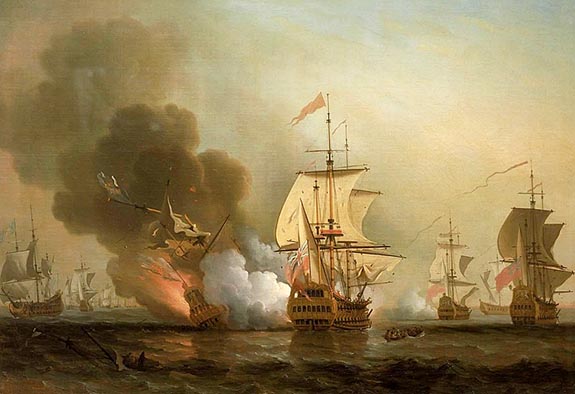 A quartet of British warships sank the galleon near Colombia’s port city of Cartagena, and for hundreds of years, treasure hunters speculated about the exact location of the wreck and the untold riches it contained. 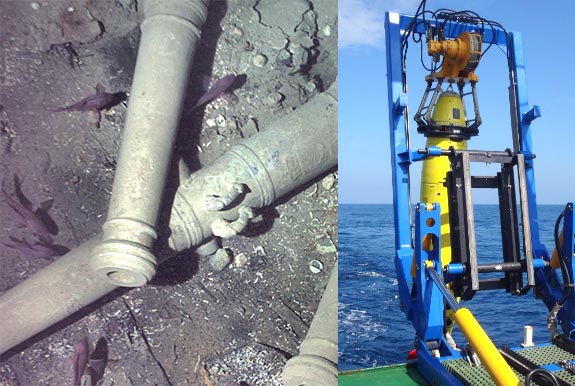 WHOI researchers maneuvered the REMUS 6000 robotic submarine to within 30 feet of the wreck — close enough for cameras to capture images of the distinctive dolphins engraved on the ship’s massive bronze cannons.

When they are finally recovered, the gold coins of the Galleon San José are likely to look similar to these specimens salvaged from a 1715 Plate Fleet wreck off the coast of Florida.

“The wreck was partially sediment-covered, but with the camera images from the lower altitude missions, we were able to see new details in the wreckage and the resolution was good enough to make out the decorative carving on the cannons,” said exhibition leader Mike Purcell in a statement.

This is not the first time the REMUS 6000 has been called on for a high-profile assignment. In 2010, it assisted in mapping and photographing the Titanic wreck site in the North Atlantic Ocean. 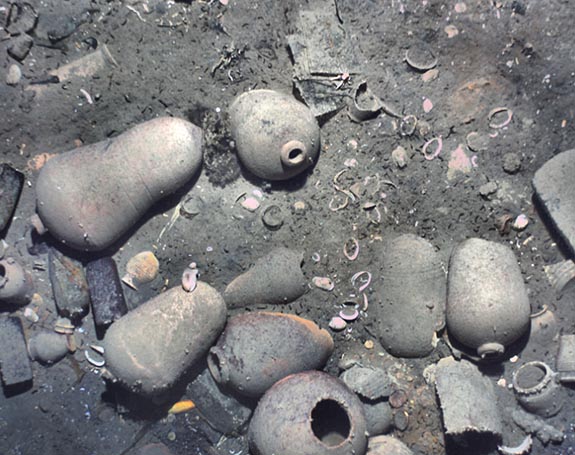 Researchers believe that all the San José’s treasures remain intact. The Colombian government is currently raising funds for the recovery effort that should yield millions of gold and silver coins, as well as fine jewelry and a bounty of Peruvian-mined emeralds. It also plans to build a museum and world-class conservation laboratory to preserve and publicly display the wreck’s contents.

The San José discovery carries considerable cultural and historical significance because the artifacts may provide a clearer picture of Europe’s economic, social and political climate in the early 18th century.

Although the exact location of the wreck remains a Colombian state secret, the Associated Press previously reported that the ship was believed to have sunk along the coral reefs near Colombia’s Baru peninsula, about 16 miles south of Cartagena. The San José was part of Spain’s royal convoy taking colonial riches to King Philip V during the War of Spanish Succession (1701–1714). Of the 600 people aboard the doomed San José, only 11 survived.