Men are willing to purchase more showy, expensive diamond engagement rings for women they perceive as being highly attractive, according to a study conducted at Western Oregon University. Researchers also discovered that women are more likely to expect bigger, pricier rings when partnered with less attractive men. 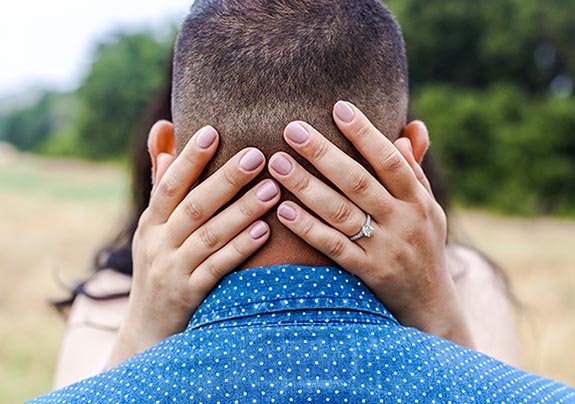 The provocative study was conducted by Jaime Cloud and Madalyn Taylor and published in Springer’s journal Evolutionary Psychological Science.

Cloud and Taylor had set out to determine whether a person’s looks influences the choice or expectations surrounding engagement ring purchases. They presented 590 American participants, who were on average 30 years old, with a headshot and some brief information about a member of the opposite sex.

Participants had to imagine themselves as the boyfriend or girlfriend of the depicted individual, who was pre-rated to be attractive or unattractive.

They were shown five diamond solitaire engagement rings with center stones ranging in size from 0.5 carats to 1.5 carats.

A man’s willingness to commit to a bigger, more expensive ring for an attractive woman corroborates previous research on how males use symbols of financial success to impress a potential mate.

According to the study, women were found to envision larger, more pricey rings for themselves if their imaginary partner was less attractive. This finding provides indirect support for the idea that women are willing to settle for a less handsome partner if his overall value can be upped by another form of compensation, such as being financially better off.

The study also found that women who rated themselves as being physically attractive were more likely to expect larger, more expensive rings, regardless of their partner’s looks.