Welcome to Music Friday when we bring you great songs with jewelry, gemstones or precious metals in the title or lyrics. Today, Elton John sings about suffering from a broken heart in 2001’s “Dark Diamond.” 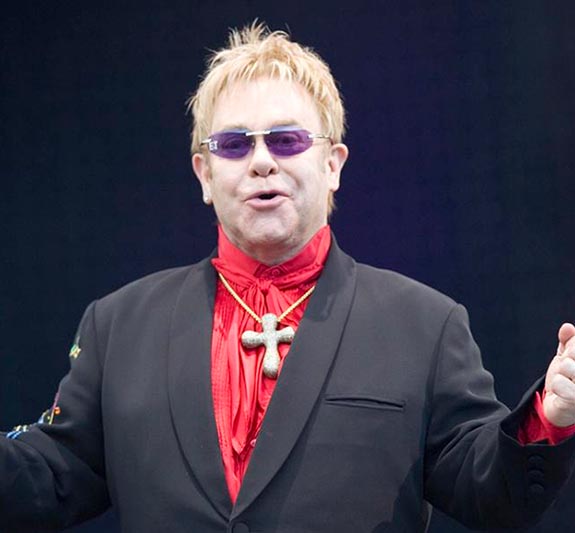 In the song composed by John with lyrics by long-time collaborator Bernie Taupin, the term “dark diamond” is used to describe a person who once flourished as a “jewel” with a fire in his soul, but is now “hard and cold.”

His beloved was the one star he could count on, the only one who could show him the true meaning of love. But his inability to “break through” caused him to lose his true love and now he has only himself to blame.

John sings, “Oh, I’m a dark diamond / I’ve turned hard and cold / Once was a jewel with fire in my soul / There’s two sides of a mirror / One I couldn’t break through / Stayed trapped on the inside, wound up losing you.”

“Dark Diamond,” which incorporates elements of blues, pop and R&B, appeared as the second track of Songs from the West Coast, John’s 26th studio album. Listen carefully and you can hear music legend Stevie Wonder making a guest appearance on the harmonica.

Although the song was never released as a single, “Dark Diamond” still gets airplay in Scandinavia and Continental Europe. The album charted in 19 countries, including #15 on the U.S. Billboard 200 chart and #9 on the Canadian Albums chart.

Born Reginald Kenneth Dwight, the 71-year-old John is one of the best-selling music artists in the world. In a career that has spanned five decades, John has sold more than 300 million records. John and Taupin have collaborated on 30-plus albums and are credited with more than 50 Top 40 hits.

His single in honor of Princess Diana, “Candle in the Wind 1997,” sold more than 33 million copies worldwide, making it best-selling single in the history of the U.K. and U.S. singles charts.

Please check out the audio track of John performing “Dark Diamond.” The lyrics are below if you’d like to sing along…

Oh, I’m a dark diamond
I’ve turned hard and cold
Once was a jewel with fire in my soul
There’s two sides of a mirror
One I couldn’t break through
Stayed trapped on the inside, wound up losing you

Oh, I’m a dark diamond
But you’re something else
You read me more than I read myself
The one star I could count on
Only comet I could trust
You burnt through my life to the true meaning of love