A self-described shy guy who prefers to stay out of the spotlight surprised his science teacher girlfriend with a Santa-themed marriage proposal in front of a gym full of screaming middle schoolers.

Dressed like Saint Nick, Chris Garrett walked onto the court during the Rainbow Lake Middle School's teachers-versus-students volleyball game. He took the microphone from the game's announcer and told the crowd, "I have a pretty busy journey ahead of me."

While the crowd of students and teachers were probably thinking of a journey that included toys for the local kids of Spartanburg, S.C., Garrett had something completely different in mind.

At that point, seventh-grade teacher Traci Thompson was ushered onto the court, where the faux Santa removed his beard, got down on one knee, pulled a ring box from his pocket and presented his girlfriend with an oval-shaped diamond ring. 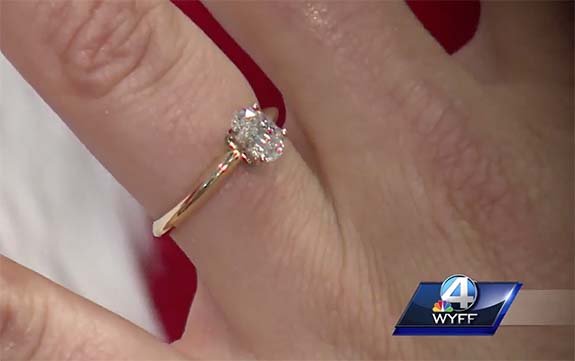 "Will you marry me?" Garrett asked.

Thompson said, "Yes," and the crowd erupted in cheers for the couple.

“It’s a special moment,” Garrett said. “She’s the girl of my dreams.” 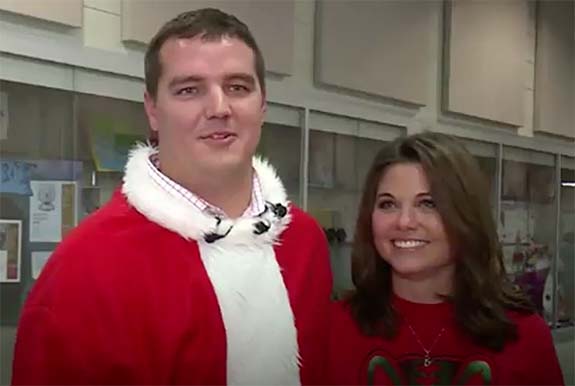 “I’m still like, in shock,” Thompson told goupstate.com. “I remember thinking, ‘Who is that Santa?’”

Thomas noted that the proposal caught her off guard because her boyfriend is a mild-mannered, behind-the-scenes type of guy.

"This literally would have been the last way I would have expected [the proposal] to happen," she told NBC affiliate WYFF4.

Garrett admitted he prefers to stay "out of the lights like this," but wanted to do something extra special.

“This way, she can share it with everyone here, her family, the kids,” Garrett told goupstate.com.

Summing up what she saw as a perfect proposal, Thompson told her boyfriend of three years, and now fiancé, "You did so good.”