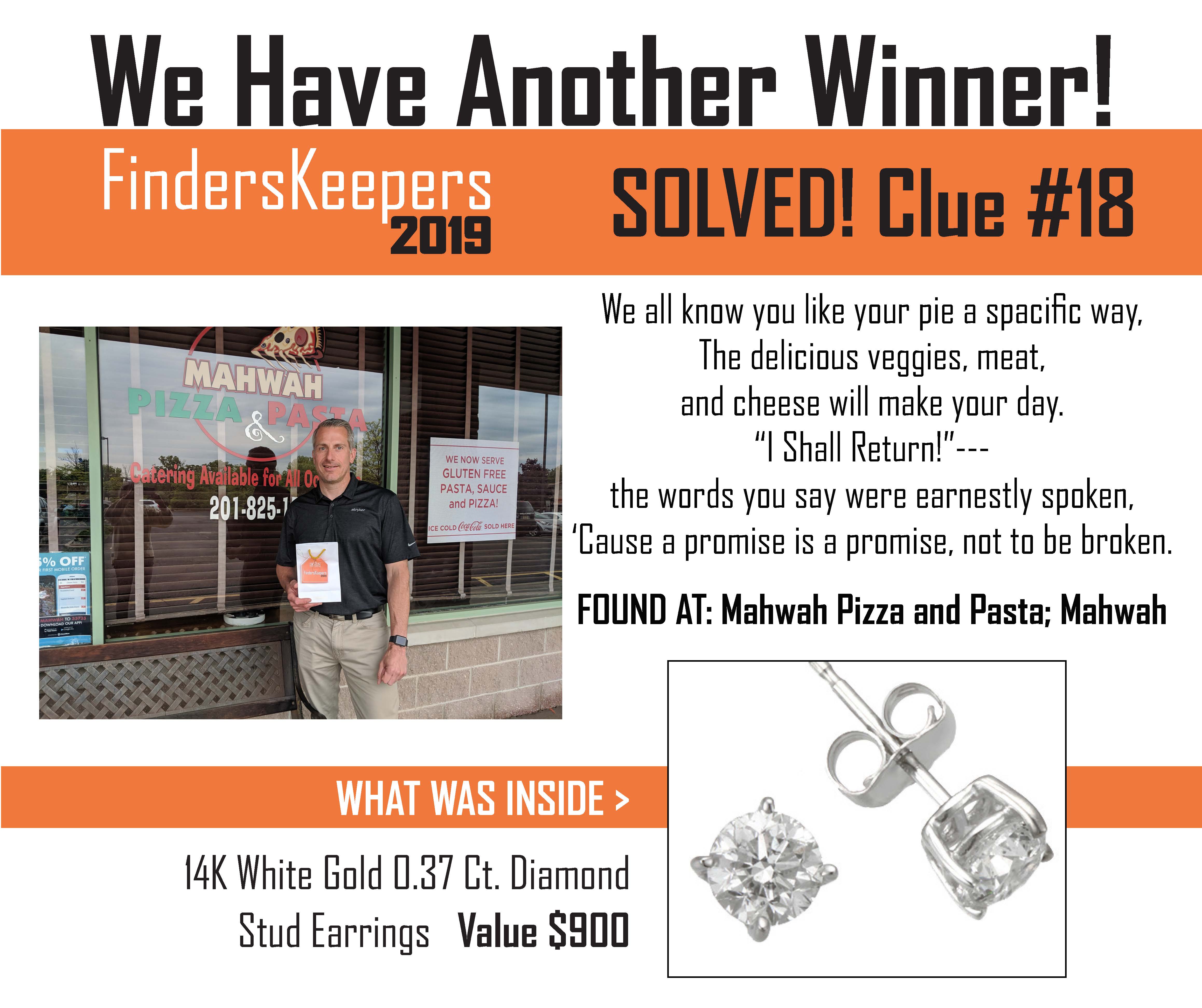 Major kudos go to Kevin, who solved what we think was one of our hardest clues! He spotted our famous Devon bag in the potted plant outside of Mahwah Pizza as he drove by. It took almost 30 minutes to be found, but Kevin is walking - actually, RUNNING - away with a gorgeous pair of diamond studs! He snatched the bag and quickly ran back to his car, which he left running! After our elf chased him down he said he'd been following Finders Keepers while his wife is away on business. Won't she be surprised when she comes home and sees these gorgeous diamond studs he won for her! Husband of the year: Kevin!
We've learned that many people tried Sonny & Tony's Pizza in Mahwah first, including Kevin. This clue was tricky -- "I Shall Return!" referenced Douglas MacArthur (MacArthur Blvd, get it?). "Spacific" was intentional as MacArthur escaped from the Philippines in the Pacific.